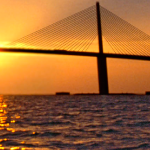 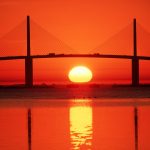 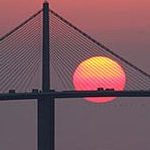 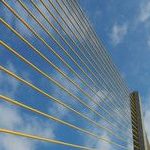 1.   How long should it take to translate my document?

The standard words-per-day is @2,000 words.  This can vary depending on the complexity of the document.  If you need it sooner I can up the production to 4,000 words a day at my rush rate.  I can sustain this for a few days, then my brain starts to picket the front gate.  A generic page is 250-300 words.  Add to this arranging, performing, and checking the proofreading, and this gives you a general idea of how long it should take.

If you have a lot of documents over a long time line, get them to me as soon as you can and I will give a discount for both the volume and the loose turnaround.

I cover this in depth in the section “How much should your translation cost?”

4.  What is computer-assisted translation?  Are you really only taking a half-hour to do the translation, then heading towards the beach?

Computer-assisted translation (CAT) tools save segments of the source and translated text, either as phrases or sentences, for later use.  They can be very helpful providing the exact text or a fuzzy match of a previously translated portion of text.  I use memoQ, which is able to handle formats used by other CAT tools.

In addition, CAT software has customized “build-as-you-go” dictionaries, called termbases, to help maintain consistency.  Let’s say an organization’s name could be legitimately translated in a number of different ways.  I will find how the organization translates its name into English (unless it is way off) and enter that in the termbase for your documents.  This helps maintain consistency.

Even though CAT tools increase efficiency, they don’t take all the work out of the translation.  The beach will have to wait until the job is done.

5.  What is the difference between a CAT tool and machine translation?

Google Translate is one of the better known MT programs.  It sweeps the internet to collect a massive amount of parallel language examples to use as a base for translations.  Here is a more involved description: https://www.taus.net/think-tank/articles/everything-you-ever-wanted-to-know-about-google-translate-and-finally-got-the-chance-to-ask.

If the available translations were good, this would be a plus.  This is especially true if the source is in English, then translated into Arabic.  Unfortunately, the majority of English translations on websites in the Middle East are poor.  Here are only a few examples:

Saudi Ministry of Justice – Objectives of the Ministry

If you have had a hard time finding a good Arabic – English translation, these examples show that you are not alone.

6.  I had a native-Arabic speaker review your translation and look at all the corrections he made!  DO YOU KNOW WHAT YOU ARE DOING?!?

Okay . . . let’s all take a breath.  This isn’t a frequent question (it comes up about once every three years), but it deserves a response.

A native Arabic speaker (professional translator or not) will most likely follow the Arabic syntax and wording exactly.  In other words, he will provide a word-for-word translation.  You can see examples of this type of translation in the case studies on this site and the links in Question 5 above.

Read both my version and the version from your native Arab reviewer.  Is the semantic content the same?  Which version reads better?

I convey the semantic equivalent; not a literal translation.  I translate “sentence-by-sentence” and not “word-by-word.”  It takes a much more advanced level of skill, talent, and confidence to do this correctly, since the sentence may have to be completely reorganized and superfluous text has be removed. This may appear to be erroneous to someone who thinks the translation must be word-by-word.  Here are some examples of the difference:

In the example from the Saudi Ministry of Justice in Question 5 above, we find the phrase:

6.  Address the contingencies of a defect in the reality of work and the object of a shortage of manpower that impede the functioning of the judicial services. (27 words)

6.  Address the deficiencies in work flow and manpower shortages that impede the operation of the judicial system. (17 words)

Starting from the interest of the Kingdom of Saudi Arabia to develop judges and judicial systems, the justice system and the mechanism for execution of its proceedings was issued by Royal Decree . .  (32 words).

To develop its judicial system and its judges, Saudi Arabia issued the Law for the Organization of the Judicial System and its implementing instructions by Royal Decree . . . (27 words.  The term for “system” is also used in Saudi Arabia for “law.”  The context of this sentence shows that this law creates the framework of a three-phase judicial system, so in this case words should be added to “Judicial Law” for clarification.  I change passive to active wherever possible.)

The order issued to emplace the execution mode on the arbitration ruling. (12 words)

Writ of execution for the arbitral award. (7 words. Arabic uses the same terminology for both litigation and arbitration. Most translators make no distinction. I understand the difference.)

My way, the most excellent way, provides you the same meaning without the superfluous words.  This could result in more than 100 words per page that you don’t have to read . . . or pay for!

That said, if there are any true errors brought to my attention, I will correct them immediately, without charge against my consulting time.

If you regularly translate the English text into a series of other languages, or you need a million words translated in a week, you should go to an agency.  Otherwise, for both Arabic to English and English to Arabic translation, you should come to me.

If you are happy with your agency, with the exception of Arabic, then continue with the agency except for Arabic.  Call me up and let me see how I can make your administrative life as easy as possible.

The agency’s main added value is to find the talent to meet your requirements.  The internet has made this function obsolete.  In fact, the inherent lack of transparency and market trends have turned this function on its head.  Too many translation agencies don’t give you talent, they give you trouble in the form of a sub-standard translation and an excuse.  How can I be so sure?  I have only given you a few samples of bad translation from public sources, both in Questions 5 and 6 and in Case Studies in Arabic Translation.  I have many more from confidential documents.  If I am only seeing a fraction of the bad translation out there, I know there is a market of customers who have gone to agencies and have been disappointed.  Save yourself the headache and come to me.

8.  After I received the translation from the agency, I noticed that the document numbers were different from other references to the same document.  What is going on?

Arabic text reads from right to left.  Arabic numbers, called Hindi numbers (English numbers are called “Arabic.”  Don’t ask), read from left to right.  Everything is fine until you come across a number like  ب/424/ي/321 – ب .  Slashes and dashes aren’t numbers, so they go left to right.  How does the translator handles this?

There is no consensus on how to handle this issue.  Some translators switch direction however many times is necessary to “follow the rules.”  Others, such as myself, start at the extreme left of the number, regardless of any non-numeric elements, and render it to the extreme right, then continue reading to the right.  This reduces the switching and also lines up visually with the number in the Arabic source document.  This allows a non-Arabic speaker to visually check the numbers.  As an exception to this rule, if there is a standard way in English to convey a series of numbers, such as dates or [term n ] No. [x] of [year y], I render the numbers according to the English pattern, regardless of their order in Arabic.

9.  I see the same Arabic name spelled differently all the time and it can be as confusing as all get out.  Is there any solution?

Arabic has two “t’s,” two “d’s,” two “s’s,” two “th’s,” a sound that’s like gargling, another that makes you think a dentist is looking down your throat, and another sound that isn’t a sound at all.  And this is before we open the can on vowels and dipthongs.  This makes for all sorts of combinations when Arabic names and words are transliterated into English.

There is no agreed standard that everyone follows.  Arabic speakers use their best judgement when they have to fill in a form in English.

For the majority of clients, I use a functional, practical method, which is providing you a written version of the Arabic term that sufficiently approximates the sound of the Arabic term.  If you need an exact correspondence, let me know and I will use the Library of Congress [LOC] transliteration system.  This provides figures for an exact correspondence with the letters of the Arabic term.    If you know this system or want to learn, here is a copy.   I find most clients don’t need the complication, but I can provide LOC transliteration if you wish.